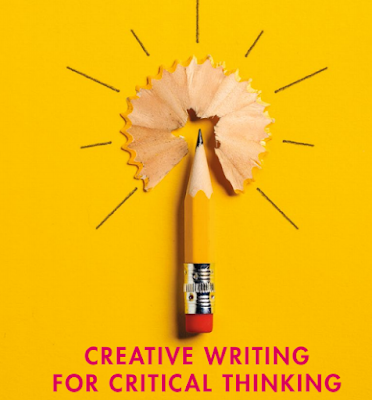 Can creative writing serve as a method to develop critical thinking? Many writing researchers and university lecturers are engaged in various programmes to enhance students’ writing performances and their capacity to reflect and think critically. In this book, I suggest a new approach to creative writing, emphasizing the learning potential inherent in creative writing as a sociocritical method for learning critical metareflection. Researchers and lecturers spend huge amounts of time and energy trying to understand the writing process and to find best practices. Yet the question remains: Why do some students learn a lot and others little when they write to learn? It is a fascinating question indeed, and this book is an invitation to discuss it. My aim is to explore how the narrative imagination may be used for critical thinking purposes, to open up for new insights into the possibilities of creative writing as a method to develop writers’ critical metareflection. In particular, I explore the potential of creative writing in terms of writers’ sense of critical self-reflection and awareness of language as a carrier of cultural beliefs and value ground. The book also attempts to suggest some new ways of interpreting variations in learning outcomes that result from writing. In two case studies, I analyse students’ learning trajectories through the patterns these trajectories leave in the reflection texts that they write. Such patterns may be interpreted as resulting from a negotiation between individual motives and perceptions of identity and motives and objectives found in the context of the learning environment. The negotiations have impacts on the learning outcomes. It turns out that certain ideas about writing and dreams about future identities quite outside of the seminar room exert influences on what writers choose to learn within the academic context. I illustrate some of the ways through which this complex web of circumstances plays out in the book. Readers who ponder about the enigmatic learning processes that are involved in writing will gain, I hope, food for further thought. Is it possible to transfer a creative writing method to any writing course? This is another interesting question addressed in the book. The answer must be yes. There are some very promising possibilities and scopes, although the learning outcomes will vary depending on the context and the learners. Last, but not least, readers who are on the lookout for educational and instructional advice will find some in the final chapter, which addresses pedagogical implications of working with creative writing. Some practical approaches are sketched out, and a few applications are discussed.
The aim of this book is to present a new, sociocritical approach to a methodology for creative writing for critical thinking, emphasizing a social view on learning through writing. The reader is introduced to theoretical as well as practical perspectives on creative writing for critical thinking and results from research where a method was tried in two different educational settings. This volume is based on an in-depth case study where writing was used as a method for working with critical thinking within a creative writing course. To test the potential of the method outside of the original setting, it was tested in an academic writing course, with a similar assignment but designed for one seminar discussion. The main data is comprised of student texts, which are analysed in order to increase insights into students’ thoughts about what it means to work with expressive writing to practise critical thinking. Thus, an empirical research aim is to try out a writing assignment built on a creative writing method and then to apply a text-analytical model to describe the learning outcomes that result when two perspectives, that of the students and that of the university, meet, expressed in the students’ texts. Thus, the text-analytical model is tested on textual data, which is a theoretical research aim discussed in the book.

The results of the studies give rise to ideas about pedagogical approaches to creative writing and to approaches of textual analysis for tracing signs of learning in students’ texts. The book explains how learning through writing can be theorized as a contextualized identification process and how notions of identity interact with learning, embedded in the specific context in which the identities are staged. Finally, the book discusses some practical implications of working with creative writing in a sociocritical paradigm, aimed at enhancing students’ critical thinking skills. The writing pedagogy presented is based on sociocultural writing theory, which introduces methods for creative writing that combine narrative imagination with critical metareflection. In a writing context, new possibilities for selfhood emerge for writers, possibilities that open up new ways of thinking critically, as an outcome of the growth and changes that result from the identification processes involved in learning through writing

A lack of critical thinking skills among university students has given rise to the concern of university lecturers in many European countries, in the United States, and elsewhere. There is an urgent need for theories that contribute to new ways of understanding how students learn, and methods that can help them in their efforts. This book is a contribution to such research.1 One of the main objectives of first cycle higher education is to develop students’ ability to make independent and critical judgements. But what does this really mean? The moment anyone tries to apply general rules and requirements in situated educational practices, epistemologies and traditions affect the interpretations, with different consequences for practical teaching and learning and for what knowledge and skills will be taught. In fact, critical thinking is a notoriously complex concept, grounded in the history of ideas, with traditions dating back to antiquity and embracing a wide spectrum of theoretical and practical aspects. (See Brodin 2007; Davies 2015 for an overview.) In the American postwar tradition for example, critical thinking is described in terms of a first

wave (Walters 1994), where focus is on logical reasoning. Within the tradition, scientific theory, methodology, and argument analyses are treated as informal logic/logical-deductive thinking, as a general skill that can function regardless of context. In the second wave, the concept of critical thinking gets a broader definition, to include perspectives such as democracy and citizenship, as described by Stephen Brookfield (1987), Brookfield and Preskill (2005), and Brookfield (2012), or with a focus on the ability to change perspective, as in theories about transformative learning by Jack Mezirow (1997). A somewhat related American tradition, but one that emphasizes the development of moral judgement, or fronesis, can be found in the writings of the neo-Aristotelian moral philosopher Martha C.  Nussbaum. Her definition of critical thinking involves not only rational reasoning but also the narrative imagination as a tool for empathy and critical selfreflection (Nussbaum 1997). The definition of critical thinking in this book is influenced by Nussbaum and linked to the capacity to see cultural stereotypes expressed in narrative texts. Thus, a linguistic aspect of critical thinking is emphasized here. Such a definition opens up possibilities for writing as a method based in a creative writing tradition, as described by the American creative writing educationalist Peter Elbow in his theories about exploratory writing. (See Chap. 2.) In other words, this book belongs in the intersection between rhetoric, linguistics, and teaching and learning in higher education. Little, if any, research about pedagogical approaches in higher education explores creative writing, the narrative imagination, or the narrative text type as the basis for a method for critical thinking. The narrative text type is associated with elementary school, even among teachers. (See Holmberg 2008: 125.) In comparative literature studies, literature is a central research object, of course, and there is extensive research including studies of narratives. However, research in literature is not specialized in the persuasive, rhetorical functions of narrative texts, or their place in different types of argument structures or situations, nor as an educational resource for practising critical thinking, which is what is in focus in this book. By highlighting expressive, subjective writing, the relational perspective between a writing subject and the social environment is emphasized. This approach makes it clear that learning through writing can be seen as .

Get more nice stuff
in your inbox

instantly by Subscribing to us. So you will get email everytime we post something new here

We guarantee you won't get any other SPAM